Conversation with Peter Hess as single video, 45 min
+ bonus material (subsequent conversation – 1 mindfulness exercise with sound, 2 sound meditations)
+ Bonus: all videos as podcast/mp3 for when you’re on the go!

Discount code for members of the professional association.
Are you a member and you don't have a discount code? Contact us.

Peter Hess developed the sound massage named after him more than 30 years ago. His personal life journey led him on numerous trips also to Nepal, where he first encountered the singing bowls. Since then he has dedicated his life to sound. With his enthusiasm for sound, he has touched the lives of thousands and thousands of people around the world and influenced them for the better. And in the course of more than 30 years, many other sound methods have been created to accompany people on their personal path of health, joy of life and personality development. Translated with www.DeepL.com/Translator (free version)

He will talk about this with Christina Koller and, of course, also give concrete suggestions on how you, too, can enrich your life with the sounds and actively shape it – towards a fulfilled and good life! About his impressive life’s work says the sound pioneer, who impresses with his authentic appearance:

I have developed the sound massage though,

but what has become of it,

is the valuable joint work of many!

3 reasons to get this package

Dr. phil. iDr. phil. Christina Koller is a qualified social worker and did her doctorate from 2000-2007 on the curriculum development of Peter Hess® Sound Education and its practice. For more than 20 years she has worked closely with Peter Hess, and at the PHI in the departments of press and public relations, as well as research and development. In addition she is a board member of the European Association for Sound Massage Therapy. 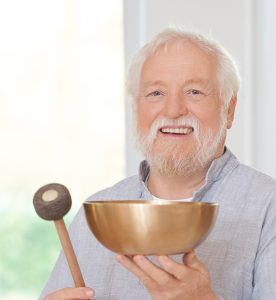 Peter Hess worked as an educator and as a graduate engineer (FH) for Physical Technology. After years of research and practice, he developed the Peter Hess® Sound Massage in 1984, a holistic relaxation method, which can contribute to health and to zest for life. Nowadays it’s applied in countless fields: from wellness, relaxation, education, coaching, counselling and therapy, to complementary application in the healthcare sector.

He is the head of the Peter Hess® Institute, to which the Peter Hess® Academies in more than 26 countries around the world are affiliated. He is the 1st chairman of the European Association for Sound Massage Therapy, a sought-after seminar leader and lecturer in Germany and abroad, and author/editor of various books and DVDs.

“That was a wonderful conversation, with a lot of wisdom, something for everyone. Step by step..."

Discount code for members of the professional association

Experience the singing bowls as a source of strength and use them in everyday life. The sounds of singing bowls and the Sound Massage quickly lead to comforting relaxation, during which body, mind and soul can regenerate. This has a positive effect on stress, anxiety and pain. This makes sound offers a perfect complementary offer in wellness and prevention, pedagogy, counselling, therapy and healing. Our sound congresses offer exciting lectures, inspiring workshops or practical forums and atmospheric sound units and concerts to enjoy and relax! 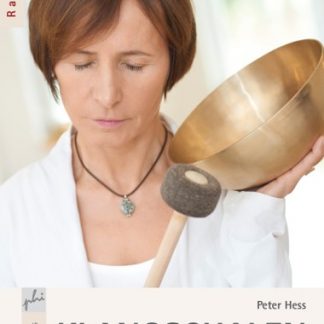 Just two to five minutes of practice a day is all you need to relax your body, mind and soul with sounds and improve your own health regularly. 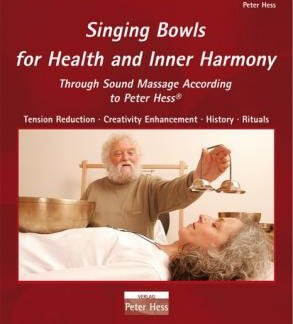 Singing Bowls for Health and Inner Harmony Through Sound Massage according to Peter Hess. 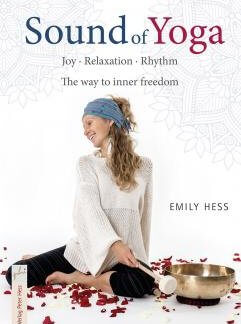 The sound congresses are organized in cooperation of:

Discount code for members of the professional association. Are you a member and you don't have a discount code? Contact us. Dismiss